I use mini-whiteboards because it is the most effective way of using a teaching technique known as Show Call¸ from Doug Lemov’s, Teach Like a Champion 2.0 (TLAC).

What is Show Call?

From TLAC Show Call is defined as a teaching technique which:

“Create(s) a strong incentive to complete writing with quality and thoughtfulness by publicly showcasing and revising student writing – regardless of who volunteers to share.”

Here is the context: I pose a question which is projected on the screen using a visualiser which I want pupils to complete. I have provided an exemplary worked example, stating all the steps to go from the question to the answer. I have emphasised the areas of the working out which pupils will struggle with or most likely make a mistake at a specific point. I have demonstrated a piece of quality written work that I want the pupils to aspire to. I then give a similar question for pupils to try on their mini-whiteboards.

At this point, pupils are scribbling away on their mini-whiteboard, I am circulating the room or watching pupils writing on their boards from the front of the classroom. I am looking for potential mistakes pupils are making that I may not have pre-empted, or spotting pupils who are greatly struggling or who are finishing of an exemplary answer, like the one projected on the screen.

I start the count-down. 10 seconds left. Start counting down from 5…4…3…2…1…and show. Pupils simultaneously show their whiteboards.

What does Show Call achieve in this instance?

Pupils are given an opportunity to put their initial thoughts and understanding of the concept being taught on a mini-whiteboard for me to then suggest improvements. The public showcasing incentivises pupils to produce quality written work.

I show off top-quality work which other pupils can see and aspire to. This creates an environment of success and positivity balanced with an expectation that pupils need to develop and improve their work if what they have produced isn’t parallel to what is being shown. The act of finding exemplary work is fully intentional.

Similarly, it gives me the teacher an opportunity to take a pupil’s piece of work which may present a mistake, or a common mistake that many pupils have made, or an area of improvement and start a conversation giving pupils precise and actionable feedback. The ability to give an entire class specific edits or points of revision empowers pupils to be constantly learning and improving their written work. At this point, you see pupils thinking, their eyes following the calculation on the board, and you see their eyes light up with a smile of satisfaction that they now know how they can go from “good to great”. Pupils are coming closer to making their work like the exemplary piece of work that has been celebrated. The process is efficient and productive.

What type of revisions and edits is Show Call trying to achieve?

When I started to use this technique in my second year of teaching, I didn’t use it correctly because I was focused on getting pupils to correct one-time mistakes rather than revising the structure of their work, or the content of their work and/or focusing pupils to revise a replicable skill.

The one-time mistakes can be pre-empted by using very good worked examples where a teacher goes through them and points out possible mistakes that pupils may make. These are mistakes that pupils need to avoid when attempting similar questions on their mini-whiteboards. The revisions that I needed to get pupils to get in the habit of could all be categorised under the umbrella of ‘applying a replicable skill to multiple concepts’. E.g. when using the four operations when working with fractions, to always place a 1 in the denominator of a whole number. Or when expanding and simplifying an expression like the following. Being able to underline each expression with the number and sign which will multiply the entire expression in the bracket. Then drawing each table where we write -3 rather than 3. This is because pupils need to multiply each term of the expression by -3. (Image 1)

OR drawing a ‘boat’ around the two single brackets, including the sign on the left. This is not the case in the first image, but then achieved in the second image with a different example.  (Image 2) 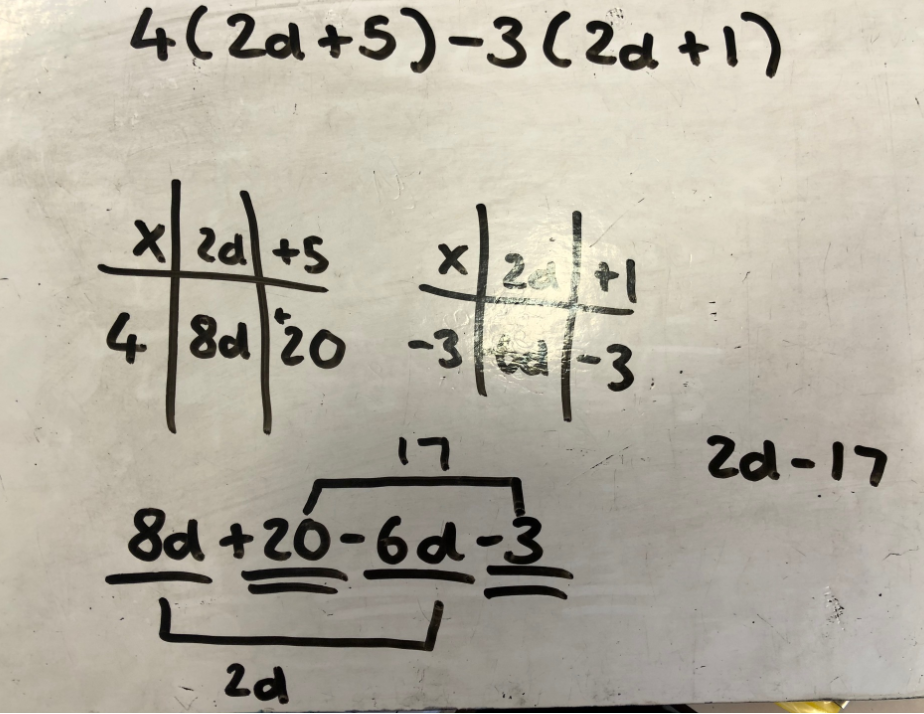 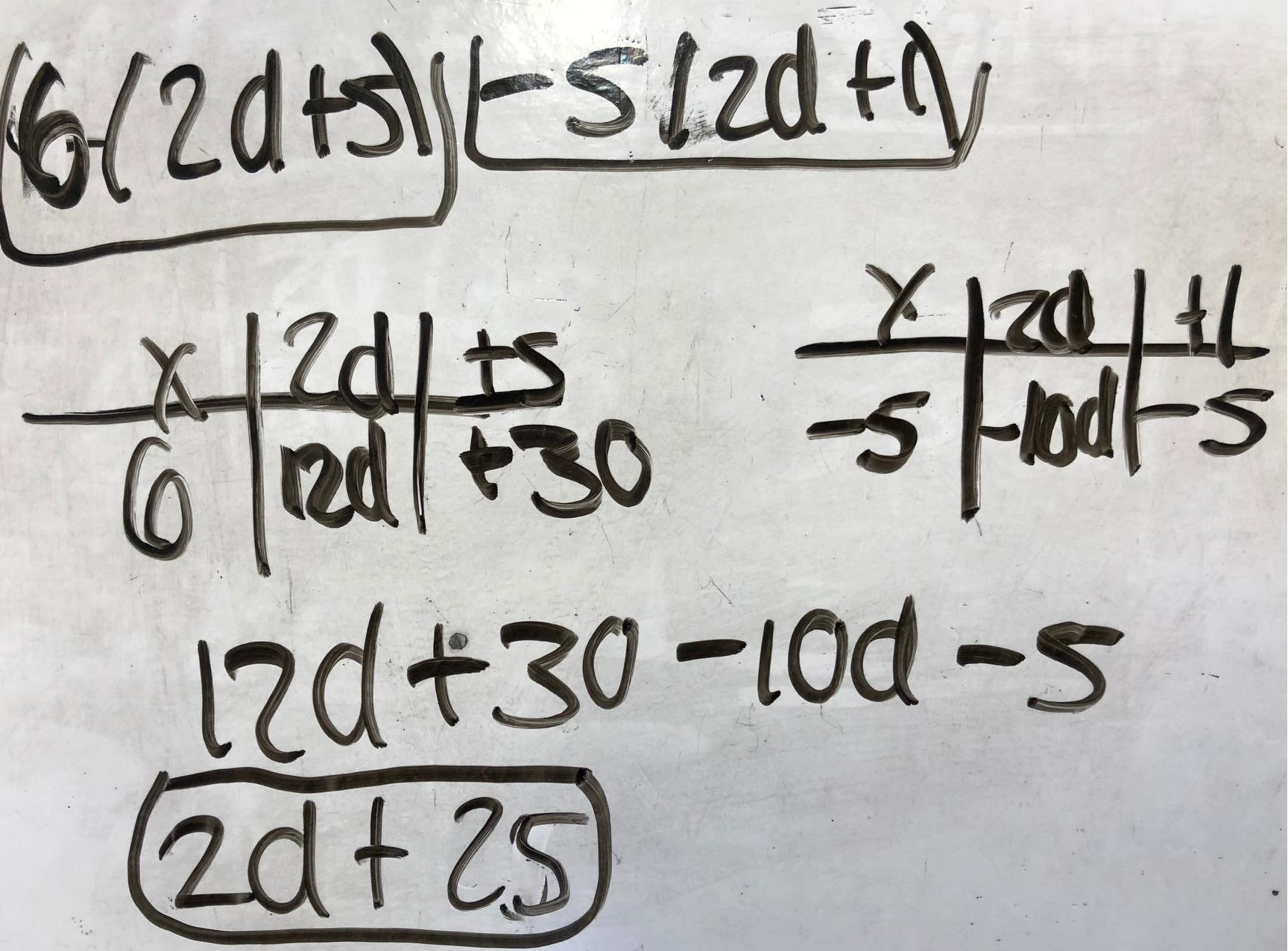 A constant push on making such revisions motivates a pupil to actively listen to the teacher and implement the feedback provided. Lemov calls the act of reviewing work, as seen by champion teachers, as using the language of “check or change”. Time does need to be provided for such revisions to be made, but with a sense of urgency so pupils are going at a productive pace. I have seen instances where pupils are taking ages because they lack that sense of urgency. It usually is the case that with a reminder that you have a minute left, along with a countdown then pupils pick up the pace.

The Take and Reveal

Lemov goes into detail about how the deliberate act of taking a pupil’s work and the reveal of the pupil’s work can increase the impact of Show call.

If I see a mini-whiteboard that demonstrates a common mistake, I may take the board without mentioning the pupil’s name, or I may ask the pupil “Do you mind if I can take your board to share a common mistake that some others have made, so we can learn as a class to make everybody’s work better?” I could hold the board up and say “Can anybody tell me how this piece of work can be improved?” 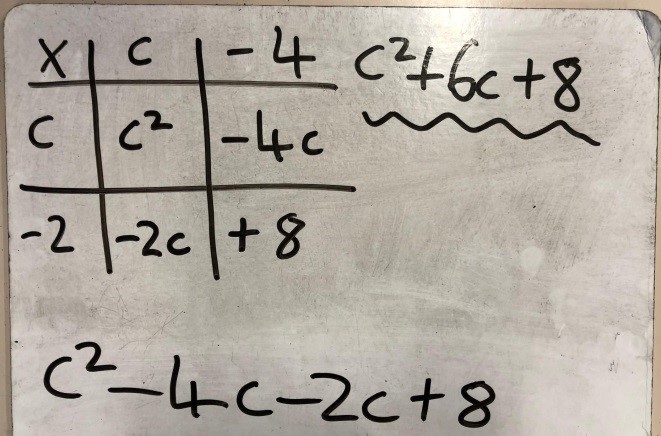 Image 3 – In this piece of work, the pupil’s working out is correct. The final expression is incorrect. They have identified that they need to sum the values of 4 and 2, but they have written +6c rather than -6c.

Image 4 – Another pupil in the class made a similar mistake as demonstrated in Image 3. They were able to make the required revision in another question.

I then asked how the following answer could be written in a more elegant way, implying that we do not need to show the coefficient of b, as 1.

At this point, it is important to mention that sometimes this act can be pointless because the mistake may be too difficult to spot or to even understand, that it may make sense for you to go through it. Sometimes, I think it is powerful because it gets pupils to deliberately spot a mistake. The act of spotting a mistake and changing it is a form of learning, an effective one. At this point, I’ll see a couple of hands fly up in the air and then slowly the number of hands in the air will increase.

What are the long-term benefits of Show call?

The main benefit I have found is that I can see pupils checking and/or changing their written work to the point of complete accuracy. This then results in pupils completing written work in their books to be thoughtful and well-constructed work. I am not drowning in marking work with multiple mistakes that could have be corrected through the use of mini-whiteboards. The quality of pupils’ work in their books, then in their weekly quizzes, as well as their working out in the exam has drastically improved. The pupils are more successful and capable in the subject. 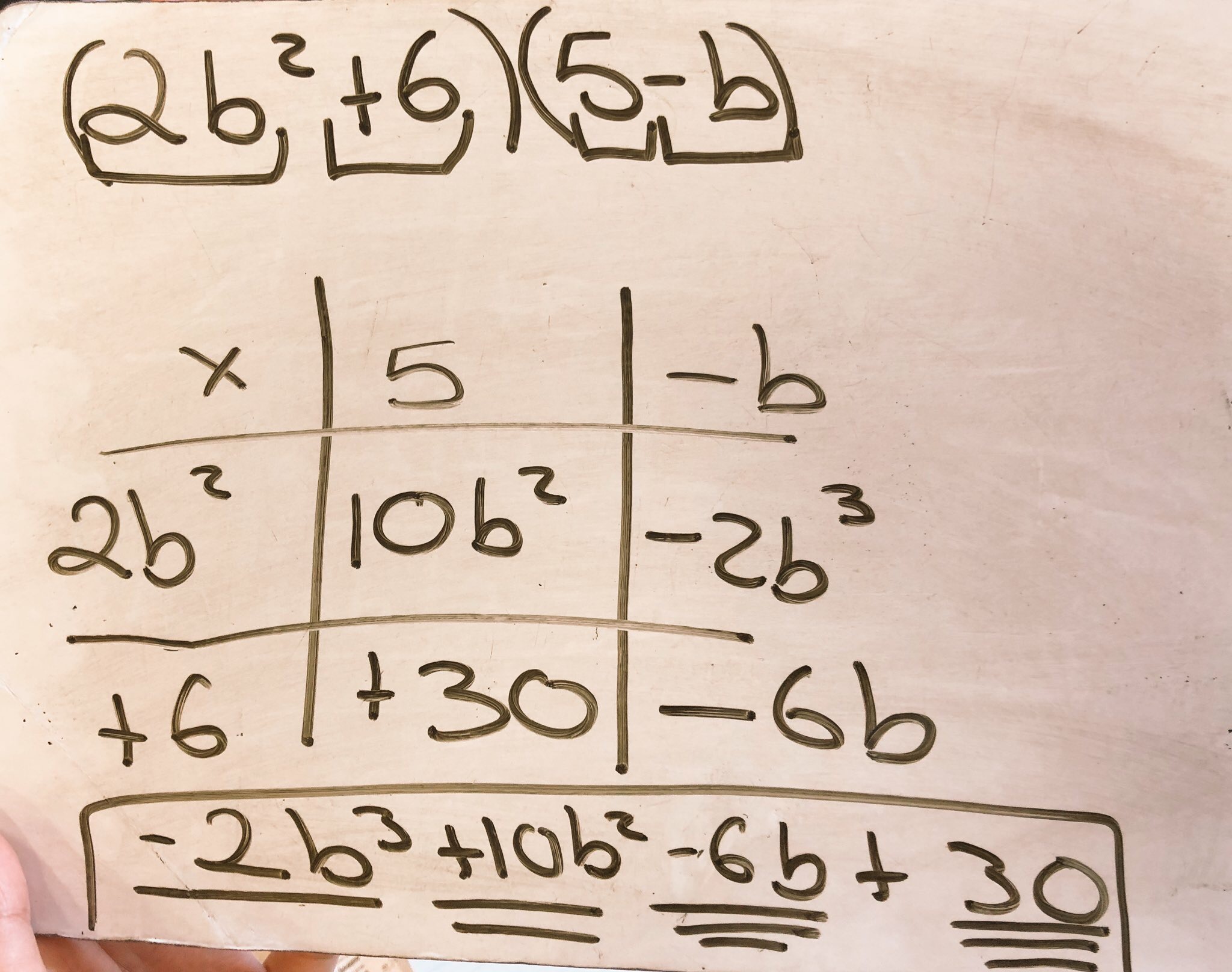 The content of this blog is heavily borrowed from Doug Lemov’s Teach Like A Champiom 2.0. I would highly recommend reading this book to gain a greater understanding of Show Call, as well as other teaching techniques.