This is the first blog post in a series complementing a workshop I delivered at Mathsconf6 entitled “Mathematics Pedagogy at USA Charter Schools”. Here I spoke of my experiences whilst visiting a selection of Uncommon and North Star academy schools in New York and New Jersey.

I discussed how the common denominator in each maths lesson I observed was the level of academic rigour in the teaching delivered to pupils. I am still trying to find a way to define this term, because it is overused and poorly defined. However, I do believe I may be able identify the evident features of academic rigour in the structure and delivery of each teacher’s pedagogy and instruction:

In my workshop, I discussed four examples of academic rigour that different teachers up and down the country can implement with minimal effort and maximum impact. Each blog post will discuss one example at a time. Today, this blog will address using minimally different examples during instruction. 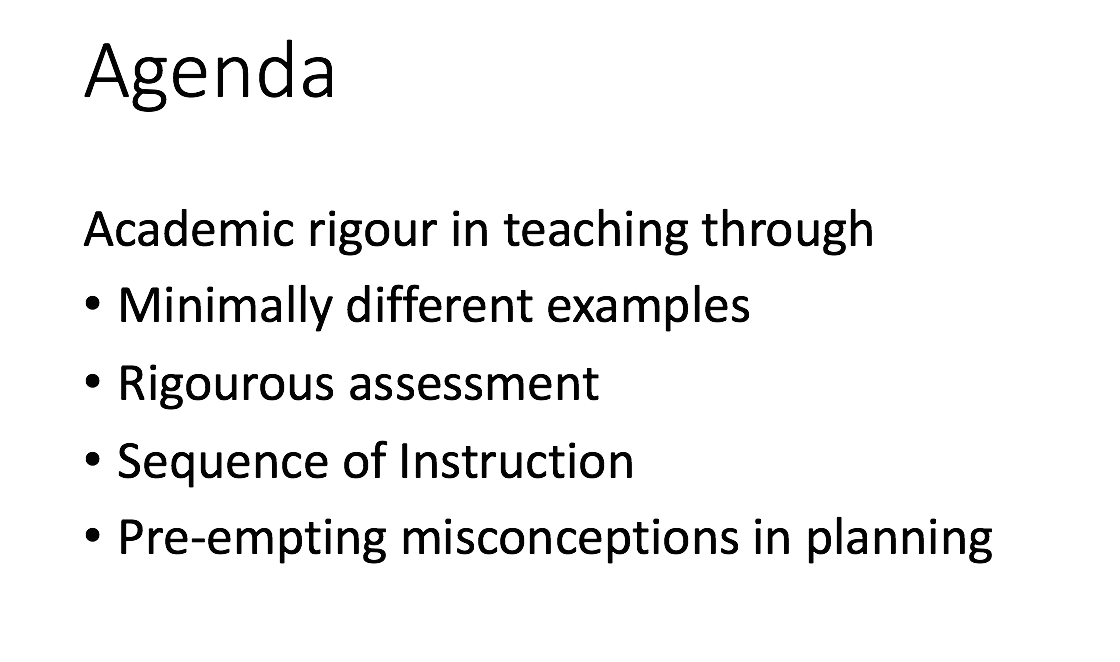 Minimally different examples are examples to explain different concepts where the difference in the algorithm between one concept and the other can be distinguished as one additional step. This was one example I witnessed in one of the classrooms I was in. 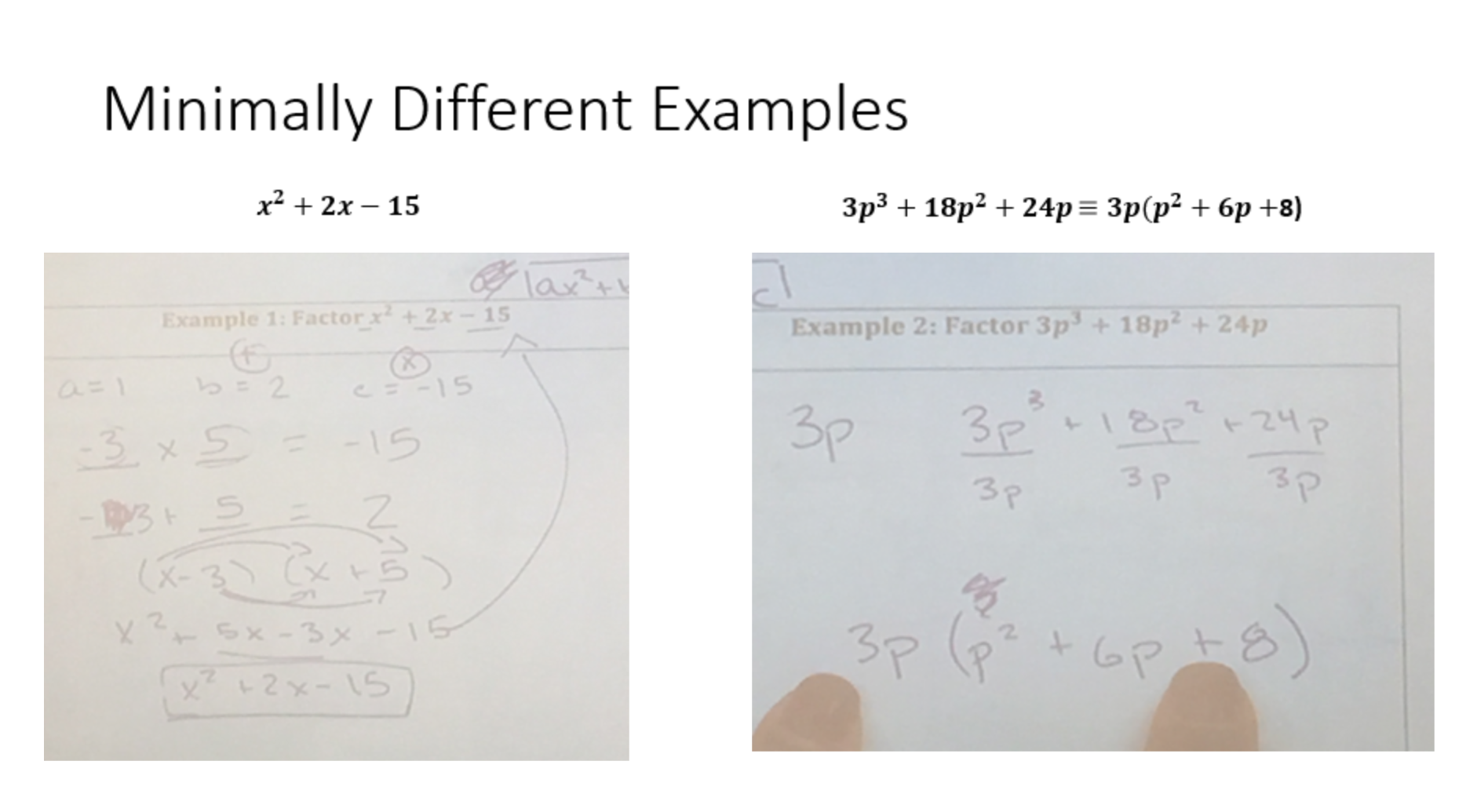 Act the anger, feel the warmth