This blog post is the second in a selection of posts outlining the teaching and sequencing of various fractions skills taught in the Connecting Maths Concept Textbook series. Specifically, Level D. The first blog post can be found here. The following content was shown at La Salle’s National Mathematics Conference in Kettering.

Breakdown of each teaching point

5. Simplifying a fraction to an integer

This is commonly taught. What made it so effective in Engelmann’s textbooks was the regular times table exercises (multiplication and division) which were included in every lesson.

Around Lesson 59, pupils were asked to simplify a fraction where short division would be required. Again, this was introduced only after pupils had learnt how to divide using short division.

Similar exercises were given where pupils were only asked to write the division problem before working out the problem. This was to ensure pupils were avoiding the common misconception of writing a division calculation were the divisor is written before the dividend.

6. Stating whether a fraction is an integer or not an integer

In this exercise pupils are asked to state whether a fraction will simplify to an integer, or will it not simplify to an integer. Note that pupils are stating a term for the positive case, and the ‘not’ term for the negative case. The language of mixed number is not introduced. This is because pupils will have to learn two separate terms for two positive cases. When you learn what something is and what it isn’t then you are learning where one concept is true in one instance and when it is false, and the case for when it is not true is the ‘not’ case. It is much easier for pupils to grasp than introducing two different terms for two positive cases.

Pupils are taught that when the denominators of a fraction are the same then you can add the fractions in they are written. It is explained further that each fraction has each unit divided into the same number of parts, and this is why we can add fractions when they are written this way.

You can’t add these fractions the way they are written because the denominators are not the same.

Engelmann does go into the reasoning behind why fractions with different denominators cannot be added or subtracted in the way they are written. 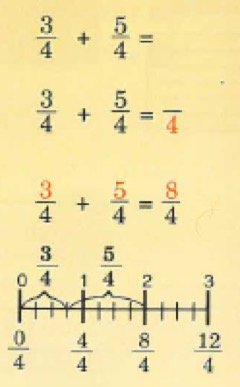 Since pupils practice their times tables in an exercise in each or every other lesson within the textbook series, pupils can quickly learn how to write multiple equivalent fractions for an integer. Pupils learn the multiplicative relationship between the integer and the denominator of an equation. Including ‘1’ as the denominator is important because I think it is sometimes overlooked.

9. Writing fractions from a sentence

Engelmann creates questions which force pupils to deliberately think. Here is a perfect example: pupils are told to write a fraction which meets certain conditions, such as the fraction being more than or less than one. Pupils are also using prior learning in this instance.

Here are a few examples

Mixed numbers are introduced as a sum between an integer and a (proper) fraction.

It is visually presented on a number line, you go to the marker for the whole number. Then you count parts for the fraction.

The skill is revisited where pupils write the addition sum between an integer and a fraction as a mixed number, without the number line. Pupils are then asked to do this again with three or four digit numbers.

Here is an example of a pupil’s work. 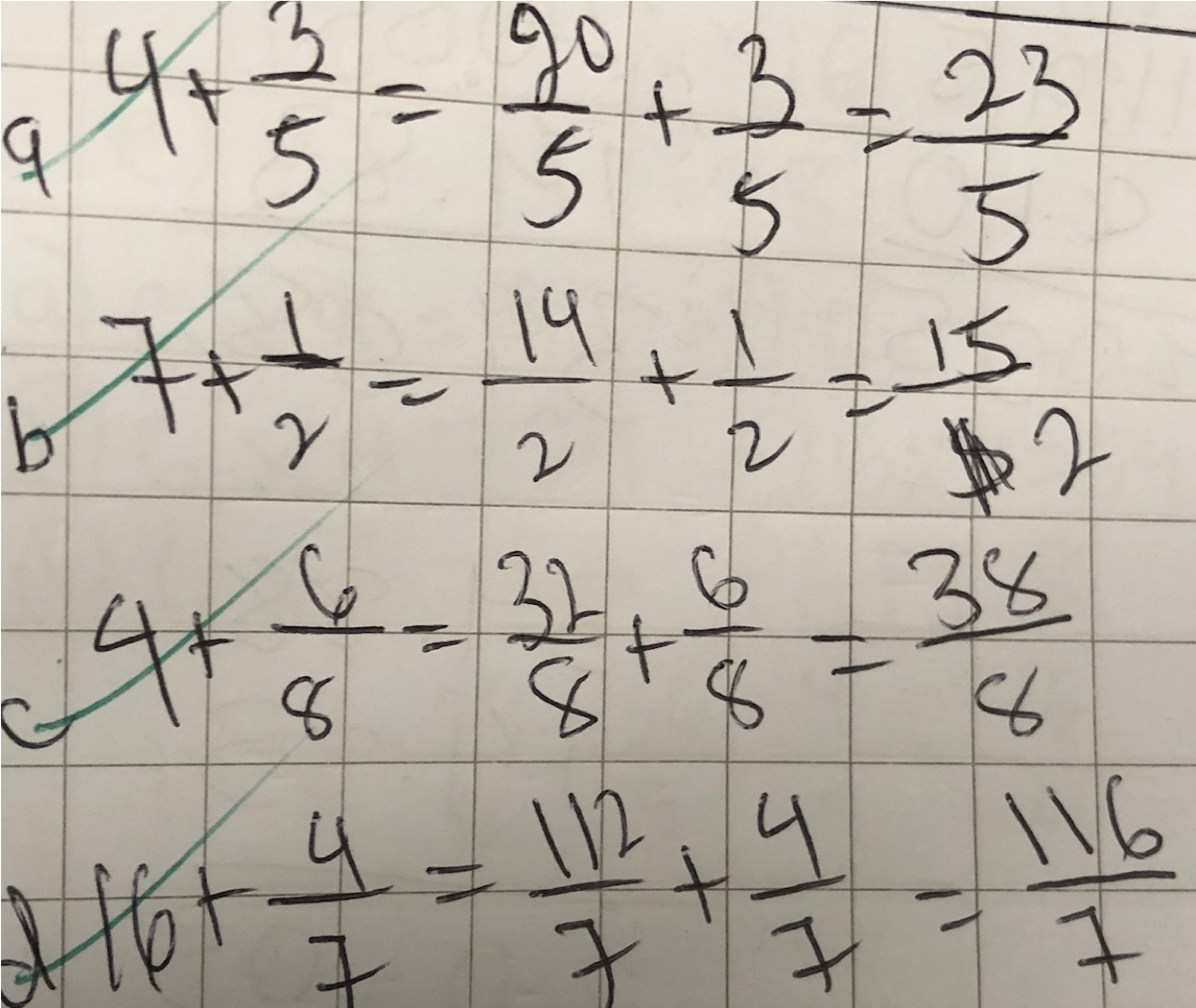 In my next blog post, I will  outline the remaining fraction skills that are taught in Engelmann’s sequence of lessons.